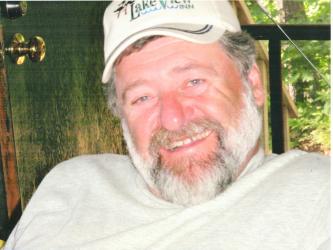 With broken hearts we announce the sudden passing of Jim at the North Shore Health Network, Blind River, Ontario, surrounded by his loving family and his lifelong friends, in his 64th year.

Born in Antigonish, he was a son of Pamphillis (Mattie) Stanislawski, of Elliot Lake, Ontario, and the late James Crispo.

Jim had a lifelong career with the Liquor Control Board of Ontario (LCBO), and he also owned the Lakeview Inn and Restaurant in Blind River. He had many outdoor interests and spent much of his time hunting, fishing, ATVing, snowmobiling, and loving everyday. His proudest achievement was building his own log home.

We may never be able to see him again, but he will live in our hearts forever.

To our numerous friends who were supportive and reached out with their time, thoughts and prayers…thank you.

Donations in Jim’s memory can be made to a sick kid’s hospital of your choosing, to St. Michael’s Foundation (30 Bond Street, Toronto, Ontario M5B 1W8 www.stmichaelsfoundation.com), or to the Havre Boucher Luncheon Fund.