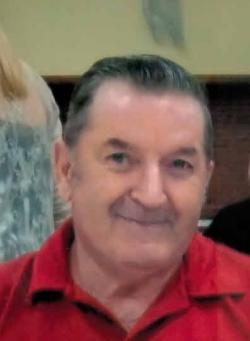 The family of Leonard Henry Wallace of Merland, Antigonish County, is deeply saddened by his passing. He passed away Monday, September 16th, 2019 in the R.K. MacDonald Nursing home, Antigonish at the age of 78.  He was surrounded by his loving children, as well as family and friends.

Leonard was born and resided in Merland, where he met and married the love of his life, the late Marilyn Dorothy (Layes) Wallace.

Leonard was a caring and passionate husband and father, who created a life for his family with loving, hard working hands. There are so many words to describe the type of man Leonard was to both his family and friends. He loved with his whole heart and demonstrated that strength in so many ways. Dad was a man of integrity, kept his promises, and whenever anyone needed his help or support, he was there with a sparkle in his eye and a little grin on his face. He had a wonderful sense of humor and loved sharing stories of the "little bunny rabbit who lived in the woods" with his grandchildren.  Leonard was a very talented man, loved to listen to his country classics, and continued to strum the guitar or play the piano when he had the opportunity. Dad was all about community and taking care of his fellow neighbour, provoked by nothing more than his big heart. Dad touched the lives of so many in different ways. He will be dearly missed by everyone who knew him.

Visitation will be held Wednesday from 7-9pm and Thursday from 2-4 and 7-9pm in C.L. Curry Funeral Home. 135 College Street, Antigonish. Funeral Mass will be held Friday at 11am in St. Peter’s Church, Tracadie, Fr. John Barry presiding. Burial in St. Patrick’s Cemetery, Merland.

The family wishes to express their sincere thanks and gratitude to the entire staff of the R.K MacDonald Nursing Home and to Dr. Booth for the kindness and care Leonard received during his stay at the R.K.  in Antigonish.

"Country roads, take me home, to the place I belong…" J.Denver