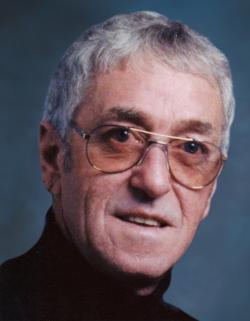 It is with heavy hearts that we announce the passing of Daniel Arthur Rogers of Calgary on September 23, 2019 at the age of 76. Born in Antigonish, Nova Scotia on March 25, 1943, he was the son of the late Louis and Marion Rogers. Daniel leaves behind his cherished wife, Geraldine, his sons Blaise (Tara), Schumacher, Ontario and Dwayne (Franci), Sault Ste Marie, Ontario, his grandchildren, Caleigh and Alyssa, Schumacher, and Kamryn and Kurtis, Sault Ste Marie, sisters Carol LeBlanc (Gerald), Marilyn Lynch (Michael), and brother John Morrison Rogers (Sharon), all residing in Heatherton, as well as numerous nieces, nephews and in-laws. Besides his parents, he was predeceased by his sister Patricia, and his father- and mother-in-law, Anthony and Margaret DeCoste.

For employment, Daniel moved his young family to Schumacher in 1970. While his sons were growing up, Daniel was very involved as they both played baseball and hockey. These were the sports he had excelled at. In his younger years he was a sports enthusiast and was a proven athletic asset in the Heatherton area with his hockey goaltending and softball skills. With his expertise, Daniel volunteered as a coach and trainer in Schumacher, rarely missing any of his sons’ games.

With his good nature, Daniel enjoyed many friendships but nothing was more important to him than his family and he traveled often to spend time with them and treasured every moment. Besides his family, he also had a deep love for horses and spent much of his spare time over the years grooming them and spending time at the race track. Being the social person that he was, he cherished the years spent at Calgary’s Heritage Park driving a team of horses that pulled wagons full of tourists around the park. Daniel will be remembered for his friendly and outgoing character, his humour and his boundless cooking skills, particularly when it came to comfort food.

We would like to express our gratitude to his long-time family doctor, Michelle Hart, as well as the staff at Rockyview General Hospital for the care and compassion given to Daniel during his illness. It gave him comfort to know he was in good hands. Thank you to Geraldine’s sisters who assisted her in Daniel’s final days and continue to do so. Also, we know that Daniel felt especially blessed to have his godchild, Olivia Leblanc, sit by his side as often as she could.

Visitation will be at St. Peter’s Place, Tracadie, October 2 from 7 – 9 pm. Funeral mass will be celebrated on October 3 in St. Peter’s Church, Tracadie at 11:00 am with Reverend John Barry presiding, burial in the parish cemetery. Memorial donations may be made to St. Peter’s Cemetery Fund, on-line condolences at www.clcurry.com.