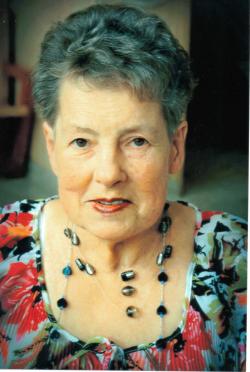 Delorey (Callahan), Isabel Carmel, age 76, of Antigonish, formerly of Pomquet passed away at St. Martha’s Regional Hospital with her loving family by her side on October 19, 2019.

Born in Giant’s Lake, she was the daughter of the late John Angus and Mary (MacNeil) Callahan.

Isabel started her working career as a telephone operator in Antigonish and through the years was a waitress at many local restaurants. Prior to her retirement she was employed at Mount St. Bernard.

Isabel’s family and extended family were her pride and joy. It brought Isabel great joy to be in her kitchen baking, preparing a meal and providing a hot cup of tea for family and friends.. She was especially well known for her cookies, pies and pickles. Isabel loved to garden and especially enjoyed the Maple tree. Over the years as a resident of Pomquet, Isabel was involved with the Pomquet Ladies Club and the Women’s Bowling League. She participated in card games, bingo and especially music and the love of dance.

Visitation will be in C.L. Curry Funeral Home, 135 College Street, Antigonish on Tuesday from 2 to 4 and 7 to 9 pm. Funeral Mass will be held in Ste. Croix Church, Pomquet on Wednesday at 11:00 am. Burial in Ste. Croix Cemetery at a later date.

Donations in memory may be made to St. Martha’s Hospital Foundation. On line condolences: www.clcurry.com