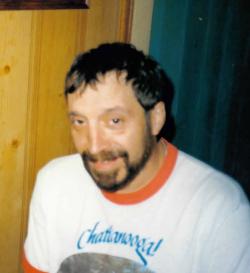 Born in Antigonish, he was a son of Annie (Delorey) DeYoung and the late Joseph T. DeYoung.

Robert was a very private person. He worked as a carpet installer in Antigonish for many years, beginning at the age of sixteen.

He was predeceased by his father, Joseph T, DeYoung.; brother, Wayne and nephew, Jeremy.

Visitation in C.L. Curry Funeral Home, 135 College Street, Antigonish on Sunday from 2 to 4 and 7 to 9 pm. Funeral Mass in Ste. Croix Church Pomquet on Monday at 11:00 am. Burial at a later date. Donations in memory may be made to St. Martha’s Regional Hospital Foundation, ( Mental Health Unit). Antigonish. Onine condolences www:clcurry.com.