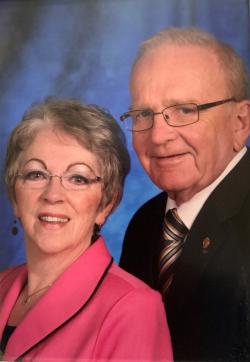 Tom, age 77, passed away at home in Halifax on October 30, 2019. Born in Halifax, he was the son of the late squadron leader J.A. "Abe" Hanway, and Helen (Boylan) Hanway. He dearly missed his late wife, Lois (Adams) Hanway of Cape George, Antigonish County who passed away in 2014.

Tom spent his working career as a signals officer in the Canadian Armed Forces. He and his family spent much of their life in Nova Scotia. After retirement, he and Lois moved to Cape George, Antigonish County where Tom was involved with the Harbour Authority in Ballantyne’s Cove, as well as Arras Branch #59, Royal Canadian Legion in Antigonish

Survived by his loving children, sons, Jamie of Dartmouth and Adam who resided with Tom in Halifax; daughter, Beth (Ben) Jensen of Meaford, ON. He leaves behind two special grandsons that he cherished, Joel Hanway and Jakob Jensen , who will miss him dearly.  He also is survived by his brother David Beazley of Stittsville, ON. Tom had many extended family on his wife’s side that he considered his own kin.

In lieu of flowers, donations may be made Pancreatic Cancer Canada in memory of his beloved wife, or another charity of your choice. Online condolences: www.clcurry.com

We will miss you, dad. Rest peacefully with mum for eternity. As your wedding rings were engraved: