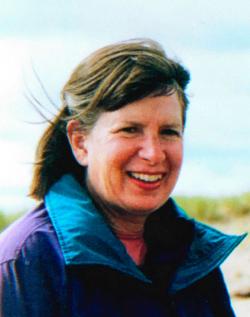 Tila was born on Dec. 8,1943 in Berkley, California, to the late John and D'Arcy Landon, where she grew up spending her summers in her beloved Sierra Nevada. It was here that she developed her love of nature that would lead to a lifetime of experiences in the outdoors. Throughout her life she traveled the world and enjoyed camping adventures to remote regions of Canada with her husband, Martyn. She was an avid gardener, photographer and wonderful cook. She was a lifelong learner, receiving her A.B. degree in modern languages and later an M.A. in biogeography from the University of California at Berkeley. Further study in biogeography was precluded when she married Martyn and acquired her two step-daughters Lisa and Lynn. Drawn to the arts, she devoted much of her early career to creating hand-built ceramics. She later completed an M.A. and a Ph.D. in Art History from York University. Her Ph.D. thesis on the work of Michael Snow was later published as "Figuring Redemption, Resighting My Self in the Art of Michael Snow", Wilfred Laurier University Press. After moving to Nova Scotia in 2001 she became active in the local arts community teaching part-time at St Francis Xavier University and founding, as co-director with Fenn Martin, the Antigonite Arts Festival. She curated numerous art exhibits across Eastern and Atlantic Canada, including, most recently, Giles Bruni’s "The Landing" sculpture in 2016. Following an accident in 2017, she received excellent care at Green Meadows Community Residence for Seniors in North Grant, Antigonish County.

She is survived by her husband, Martyn; sister, Odile; daughters, Lisa (Andy), Antigonish; and Lynn, Qualicum Beach, BC; and granddaughters, Sasha and Sienna.

Cremation has taken place, and a private family gathering will be held at a later date.

In Memoriam, donations may be directed to InterPares (www.interpares.ca) a Canadian social justice organization working in Canada and around the world to support people's struggles for peace, justice, and equality.