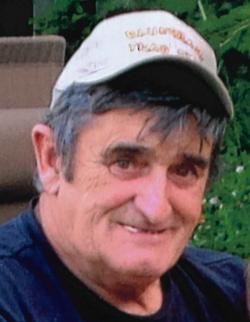 Born in New Glasgow, he was a son of the late Mary Harris (née Stewart) and raised by his grandparents, Donald and Minnie Stewart.

Gerry was a truckdriver for 58 years, driving all over North America, and his final employment was with DeMont Transport.  Gerry was an animal lover, and he enjoyed, bluegrass music, playing poker at Frankie and Shirley’s, and his trips to the casino with Chris and Sandra.  He loved his trips to Edmonton to visit his grandchildren and the summer picnics with all his family.

Predeceased by his stepfather, Chestley Harris; and grandsons, Zach and Darren.

Cremation has taken place.  Visitation will be held Friday from 2 to 9pm in C.L. Curry Funeral Home, 135 College Street, Antigonish.  There will be no formal funeral service, and final disposition will take place at a later date.