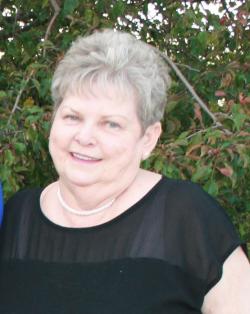 It is with sadness we announce the sudden passing of Theresa Marie Kelly of Havre Boucher which occurred in St. Martha’s Regional Hospital, Antigonish, on May 9, 2020.

Theresa was born in Antigonish on August 20, 1949 to the late Victor and Margaret DeCoste.

She began her working life at the fish plant in Mulgrave, working long hours for a small salary. After many years she changed to cooking and baking, a profession she loved. She opened the Country View Take Out in the Hollow, serving fast food and baked goods. Rolls were her specialty, selling them to numerous businesses in the local area. Theresa transitioned to pastry chef at the Port of Call Restaurant and then to the Irving Big Stop. She enjoyed cooking, baking and carrying on with staff until her health became more of a priority for her. She was diagnosed with Multiple Sclerosis at the early age of 40, so at that time Theresa decided to stay at home and focus on her health along with looking after the day to day duties of the home. This was an adjustment at first, but she found the best part of her day was preparing the suppertime meal for her, Dennis, and her dogs, whom she treated like her kids at meal time. The dog’s meal came first. Once they were fed and settled, Theresa focused on supper. Dennis was very traditional and always wanted to eat at 5:00 pm. Sometimes that was achieved and sometimes it was a little late, depending on what Theresa was doing, but it always got done. There was a big meal each night for the two of them. After the clean up, Theresa would then retire to her bedroom, her paradise. She would read the paper, do a crossword ticket, and watch TV. This was Theresa’s time.

She was a strong person dealing with her deteriorating health, death in the family, her dogs, and toughest of all, Dennis’ health. She would always put others first. You never knew how bad Theresa was really feeling.

Besides her parents, she was predeceased by sisters: Aggie, Adeline, Kathleen, and Patricia; brothers, Gerard and Joe; brothers-in-law, Frank, Jim, Johnny and Rudy.

In keeping with COVID-19 restrictions, a private funeral service will be streamed on Wednesday at 11:00am. You can view the service by following this link:

The family would like to thank Dr. Steeves, Dr. Gallant, Dr. Cooper and his palliative care team, along with the VON staff who were looking after Theresa until her admission to St. Martha's.  A special thank you goes out to Rita and Philip Meagher, Patsy Williams, and Debbie Raymond. Those individuals went above and beyond in taking care of Theresa while she was at home. We know she appreciated all of you.

Donations in memory may be made to Multiple Sclerosis of Canada. Online condolences: www.clcurry.com.