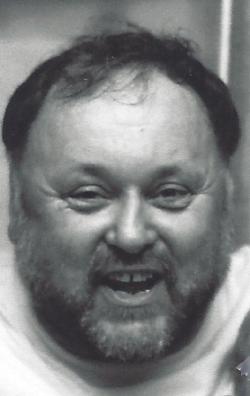 Sadly, on May 13, 2020, Gary Zemlak of Livingstone Cove, Antigonish County, Nova Scotia (formerly of Campbellville, Ontario) passed away as a result of complications following surgery.

Gary was born in Thunder Bay, Ontario and spent his childhood alternating between the mining town of Beardmore, Ontario and the farmlands of Saskatchewan.  A proud Canadian, Gary was equally proud of his Ukrainian heritage. He spent his formative years with his paternal grandmother (Baba), whom he described as one of the most positive influences in his life, and from whom he received his personal values and his desire to help those less fortunate than himself.

His entrepreneurial nature, his need to be of service to others - and his penchant for wanting to do things his way - led him into self-employment and small business ownership.  Following graduation from Centennial College in Electronics Engineering Technology he founded his business, Tykris Incorporated (named for his two children, Tyler and Kristen), and focused his energy on the design, manufacture and distribution of complex communication aids and environmental controls for persons with severe disabilities and special needs, working to maximize their independence and quality of life.  His innovation and leadership in this field led universities, colleges and larger communications companies - such as Motorola - to seek his counsel and to help train their students and employees. His work was cited in educational journals and textbooks.

Despite his success in business Gary always acknowledged his more modest beginnings in farming, tramp mining and construction and their impact in forging the individual he was to become.  After 27 years of success in business, due to emergent life and health issues, Gary reluctantly closed Tykris' doors and sought out other opportunities to make a difference in the lives of others.

Gary's passions included health care, education, children and youth, the elderly and the New Canadian population.  In an effort to effect positive change, he ran for a seat in the Ontario legislature in 2007.

His innate fearlessness and love of challenge propelled him, as a novice, to take on a 16-year incumbent and while ultimately unsuccessful he lost the seat by less than 100 votes.  It was only Gail and Gary's decision to relocate permanently to Nova Scotia that kept him from continuing the pursuit of a career in politics.

Gary was plagued by ill health which ultimately confined him to a wheelchair, somewhat ironically given his chosen career.  But even from his chair he commanded the room.  He was a big bear of a man with an imposing physical presence outmatched only by his personality. People of all ages were drawn to him, none moreso than small children, the elderly and the vulnerable, who saw beyond his often gruff and taciturn façade to the soft-hearted, giving and nurturing man he was. His own life's experience taught him the importance of nurturing, mentoring and championing, especially for the young, and he took on those roles eagerly whenever the opportunity arose.

Gary was mischievous and fun-loving, quirky and irreverent, and took great delight in shocking others while never intending to offend or upset. He could be both rigid and unwieldy and soft and accommodating, and at any given time one never knew which side of Gary would prevail. He had an innate empathy that enabled him to zero in on and respond to the needs of others.  Gary met all challenges head-on and, until the last few weeks of his life and against all odds, he prevailed. He kept to his own counsel, always did what he thought was right - despite the sometimes overwhelming counter-position of others - and wore both his virtues and his faults openly and unapologetically.    He was indeed his own man.  And he will be sorely missed.

Gary is survived by his wife Gail Rieschi, his son Tyler (Danielle), daughter Kristen (Yaun), grandchildren Mya and Owen, sister Linda Enders (Tracy), sister-in-law Anita Rieschi, nieces Tammy, Tricia and Lyndsay, nephew Travis (Amy) and numerous cousins scattered across the country.  A celebration of Gary's life will be held; date to be announced. Those wishing to honour Gary's memory are encouraged to donate to their charity of choice.

The family wishes to extend special thanks to Dr. David Cudmore of Antigonish and the Plastics, Burn Unit and ICU staff at QEII Health Sciences Centre in Halifax, especially Dr. Jack Rasmussen and registered nurse Staci (with an i). 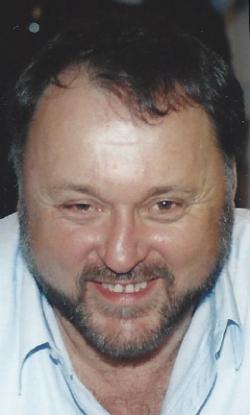