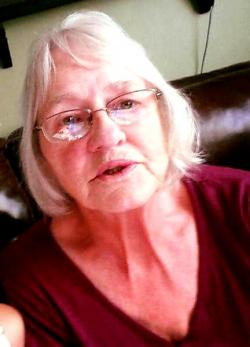 Rosemary born April 5, 1947, the daughter of the late Francis and Esther (nee MacDonald) Cameron of Salt Springs, Antigonigh Co, Nova Scotia where she was born and raised until moving to Ontario in the late 60's.

Rosemary (or Rosie as she was affectionately known to her close family) will be dearly missed by her many nieces and nephews, as well as many cousins, most of whom still reside in Antigonigh or surrounding areas, as well as the many friends she has made along the way.

Many thanks to the doctors and nurses of both Jurivinski Hospital and St. Joseph's hospital for the exceptional care she received these last few months - especially Dr. Anne Boyle of St. Joseph's Hospital Palliative Care, for the excellent care she gave Rosemary in her final weeks and the compassion she showed her daughter during this difficult time.

As per Rosemary's wishes, cremation will take place and she will be interred with her beloved "Chas" at St. Patrick's Cemetery in Brampton, Ontario at a later date.