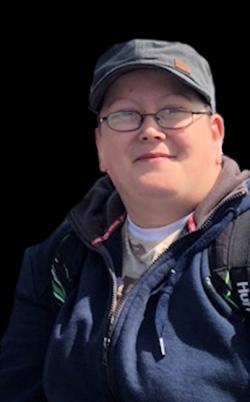 Visitation Information
Visitation
As per Alex's wishes, there will be no visitation or memorial service.
Requested Charity
Adsum for Women and Children,2421 Brunswick St., Halifax, NS B3K 2Z4
Send A Condolence

We regret to announce the passing of our dear daughter, sister and friend, Sarah Catherine "Alex" MacLean, on Monday, January 25, 2021 at Halifax Infirmary, Halifax NS.

Born September 12, 1988 in Sydney NS, she was the daughter of Peter and (the late) Patricia Marlene (Young) MacLean.

Alex was nearly born in New Zealand but made the journey back to St. Rita Hospital in Sydney where she made her appearance - one of the ’88 babies. She used to joke saying she spent two weeks "swimming" at Waikiki Beach while her mother carried her - on the way back home to Cape Breton. Raised in Sydney Mines and spoiled by both her grandmothers, Alex was especially close with Vina Young, her North Sydney grandma - endless trips to the "duck pond" and the "CN" for french fries - special moments she remembered all her life. Her favorite place in the world was the cabin in Washabuck where she seldom left the water at the wharf beach - paddling in just far enough to eat her lunch. She was also proud of "her" chainsaw and the pictures she would take back to school in the fall to her "city" friends.

She spent her formative years in Stellarton graduating from the Northumberland Regional High School, Alma. She followed her family to Port Hawkesbury and eventually on her own to Dartmouth where she worked in retail. Along the way Alex, was a person that made friends easily but kept her "good" friends close. She was full of endless stories of her exploits and would relay them to anyone with the time to listen. Alex started singing when she was born and never stopped - music was a large part of her life.

Alex was a talented artist, a phenomenal conversationalist; a techie nerd who loved any animal but especially her cat, Macy. Her greatest attribute was her sense of humour.

Alex will be sorely missed by her father, Peter Lean MacLean, her brother, her closest friend, MacKenzie James, Port Hawkesbury NS, her half-sister Sarah Diamond, Lincoln ON and also missed buy a "multitude" of aunts, uncles and cousins - in-laws and outlaws.

She was predeceased by her mother Patricia Marlene (Young) MacLean.

As per Alex's wishes, there will be no visitation or memorial service. Cremation has taken place with burial at a later date. In lieu of a formal service, Alex asked that you consider providing a "random act of kindness" – a simple, kind gesture that will help make someone else’s day.

Memorial donations can be made to Alex’s "second family" at: Adsum for Women & Children, 2421 Brunswick St., Halifax, NS B3K 2Z4 https://adsumforwomen.org/ or to a charity of your choice

Online condolences may be sent to: www.clcurry.com