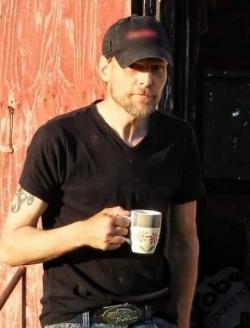 Michael grew up in Pomquet and always stayed close to home. He enjoyed fishing "down behind John’s", always looking forward to fishing season. He was forced to stop working at a very young age after a back injury which led to him being a stay home parent. His children were the light of his life, and there was nothing he wouldn't do for them.  He often went without as long as it meant his children got what they needed. He always had a special love for pets, of which he always had several, but presently his beloved Dolly.  His most recent love was his "lil tyke".  Michael was a very proud papa and was able to spend some extra time with his grandson recently which he enjoyed very much.  He was a quiet man who kept to himself. He loved being outside and a good cup of coffee (reheated 10 times at least).

The family would like to thank the EHS Paramedics, the nurses in PCU and Palliative Care and also to Dr Howard.

Cremation has taken place.  There will be no visitation or funeral at this time.  The family will be doing a celebration of life at a later date.

Donations can be made to SPCA or charity of choice.