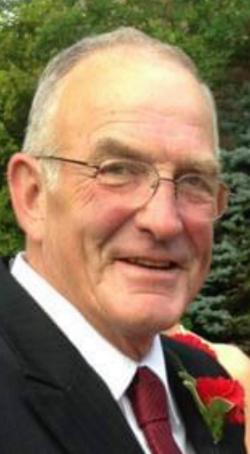 Born in Pictou, he was the son of the late Alfred Turnbull and Janet (MacKay) Turnbull.

Kenneth came to Antigonish in 1977 and worked as a mechanic with Jackie MacEachern’s Auto Body.   He eventually became owner of the shop and renamed it Ken’s Auto Body.  After returning  to school, where he earned his red seal in pipefitting,  he was employed as a pipefitter in Fort McMurray for many years, retiring in 2013. Ken was happy when working in his garden and took great pride in his lawn and property.  He was a handy man at so many things, always willing to lend a helping hand to anyone, especially family. He was a great husband, father, grandfather, and friend.  He will be greatly missed and always remembered for his kind ways and wonderful sense of humor.

Cremation has taken place.  A private funeral service will be held in C.L. Curry Funeral Home. Livestream of the Funeral Service will be available on C.L. Curry website at 11:00 am on Monday, July 12, 2021. Donations in memory may be made to the Canadian Cancer Society.  Online condolences www.clcurry.com.