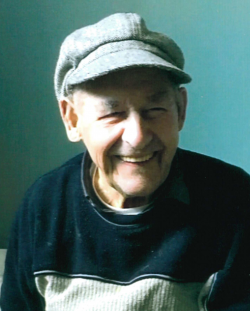 Born in Havre Boucher, he was a son of the late Wallace and Elizabeth (Fougere) Landry.

Wilfred was a hardworking man.  He cut kindling until he was 97 years old.  He worked in The States for a time and worked on the freight boats, but for the most part, he was a farmer.  He was known for his vegetable garden and sold vegetables door-to-door in the Auld’s Cove/Port Hawkesbury area for 62 years. A generous man, he loved to have fun (including a good drink) and animals (especially his horses). Wilfred was also very dedicated to his church, never missing Mass, and he had an amazing ability to find the good in everyone he met.

He is survived by his son, Robert "Bob", New Glasgow; and daughter, Noreen (late Garnet Giesbrecht), Toronto; and girlfriend, Ann Greenhorn.  He was the oldest, and last surviving, member of his family.

Proof of vaccination and valid photo ID are required for both visitation and funeral, and masks are mandatory.