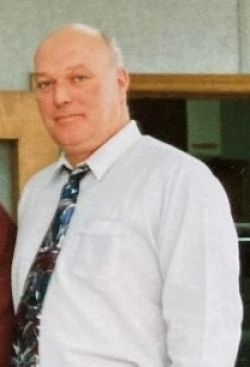 Born in Antigonish, he was a son of the late Lawrence and Sadie (McCarron) MacGillivray.

Lorne was a truly special soul, one of a kind. He was so patient, sincere, and gentle, and had a heart full of gold. He had the ability to listen and understand people, and to accept everyone with no judgement. Lorne had a way of making everyone feel welcomed and included, making time for everyone, and treating each as equals. In doing so, he attracted so many friends who became family. Everyone always felt comfortable and welcomed in his presence. His greatest joy was when he was in the companionship of others, and making others laugh. It’s where he felt most himself. When asked about what we could do for dad, he said "just keep visiting". The amount he was loved and the amount he will be missed is immeasurable.

Lorne grew up in Maryvale surrounded by so many friends and family. He started working with his uncle John at the West End Market during high school. In his early 20s, he went to Toronto where he worked with his other uncles Donald and Geordie. After this he spent time working in Alberta at the Catholic School Board as a maintenance worker and then with his friends in the oil patch. He spent several years at the Scotia Sun in Port Hawkesbury before making his way back home where he started with Ron MacGillivray’s in sales. It was here that he spent the remainder of his career. He was a staple here, a natural at sales, it was where he was most in his element and where he connected with so, so many people.

Besides his parents, he was predeceased by a sister, Gerarda Marie, and father and mother-in law, Michael and Florence Benoit.

Visitation will be in C.L. Curry Funeral Home, 135 College Street, Antigonish on Tuesday, April 26th from 2 to 4 and 7 to 9 pm.  Funeral Mass will be in St Margaret of Scotland Church, Arisaig on Wednesday at 10:00 am with Father Andrew Boyd presiding.  Burial in St Mary’s Cemetery, Maryvale. The Funeral Mass will be recorded and uploaded to this website on Wednesday afternoon. Online condolences: www.clcurry.com.