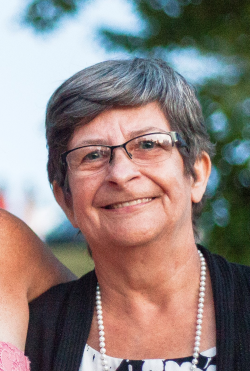 MacLean, Belinda May, age 66, of Antigonish passed away on January 3, 2023, in her home with family by her side.

Born in Neil’s Harbour, she was the eldest daughter of the late Bobby and Donna (MacDonald) Ingraham.

Belinda grew up in Dingwall, Cape Breton, and resided there until she met the love of her life, Jim, during a whirlwind trip to Manitoba where they met and became engaged within a month. They married on January 17, 1981, a year to the day after they met. They lived in Enfield, N.S., Snow Lake, Man., and St. Andrews, N.B., before Jim's mining career brought them to Nanisivik in northern Baffin Island, which was part of the Northwest Territories at the time. The years spent in the Arctic was a wonderful time in their lives. They relocated to Antigonish to raise their two daughters and live closer to family. Belinda was a stay-at-home mom while her daughters were young and then began working at Lawton's where she was employed for over 20 years.

Belinda's greatest joy was becoming a grandmother and spending time with her grandkids. She was a proud Cape Bretoner and loved her trips down home.

Predeceased by her husband, Jim, and brothers Robert and Philip Ingraham.

Cremation has taken place.  A private family graveside service will be held in Cape North.