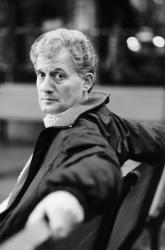 DeLorey, Dr. Herbert Pius, age 67 of Edmonton, Alberta, and formerly of Tracadie, passed away peacefully on February 24, 2015, at Saint Martha’s Regional Hospital in Antigonish with family by his side.

Born in Antigonish and raised in Mattie Settlement, he was the son of the late Herbert Francis and Mabel Elizabeth (Mattie) DeLorey.

Off to the Cosmos. When Herbert first took sick he said "If I were a mechanic my car be broke". His claim to fame was that he was the first in North America to practice Homeopathic/Holistic medicine within the walls of a hospital at the Edmonton General.

Special thanks to Doctor Hickey and his office staff; the caregivers at St Martha’s, Dr Allen, Dr Murphy; the spiritual leaders, Frances, Sister Katherine, Deacon Art Riley, Father Andrew Boyd, and especially the kind and gentle nurses on the third floor during the last days. Also thanks to Herbert’s special care from Edmonton, Dr Debra Andrew and in-home caregiver, Sat Paul who like, our caregivers here in Nova Scotia, went beyond their call of duty. We the family will always love you.

Cremation has taken place. Visitation will be held in St. Peter's Place, Tracadie, Friday from 2-4 and 7-9pm. Funeral Mass will be in St. Peter's Church Saturday at 11:00am, Father John Barry presiding. Burial in the parish cemetery in the spring.

Grief is a very selfish, lonely thing. Nobody teaches us how to do it properly. So we just have to make up the rules as we go along . . . some days are OK, some days are bad, and sometimes they’re just awful. I’ve had to redefine "normal." Normal will never be the same.

~ Gloria Caldas, to her son’s fiancée,

WAR LETTERS "The Lives behind the lines"